We ordered BarkBox to simplify buying toys and treats for our dogs. Now, I constantly have a supply of things I can “reward” them with for all of their love. This post may seem a little off topic, but I thinking taking care of our pets is important because they do so much to take care of us. 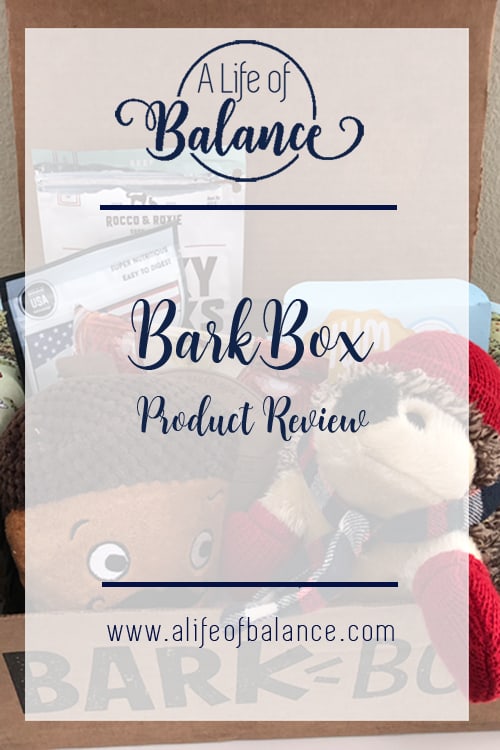 We have two dogs that live with us full-time and my daughter has a puppy that comes to visit once a week. These three “people” are one of my greatest stress relievers. They seem to sense when “grandma” (they’re actually the kid’s dogs so I’m grandma) just needs some love and come in and demand some attention.

There are lots of ways to reward the people in our lives, but rewarding the dogs is a little more difficult. I realize that all they really want is love and attention and for them that is reward but they deserve more. Recently, my daughter found Bark Box and then shared it with me. I absolutely love it. It gives my special “people” new toys and treats each month. Now, I constantly have a supply of things I can “reward” them with for all of their love.

I asked my daughter to review the BarkBox program, so you could decide if it might be something you would want for your four-legged friends. Here’s what she had to say:

We are so pleased with the Barkbox! It has so many goodies, and Aion just loves everything they have sent us so far!

When we were deciding on whether or not to do the Barkbox, there were many factors we were thinking of. Since we have a German Shepard, whose stomach gets upset very easy, we were worried that the snacks they would be providing wouldn’t be good for him, or would not be of the greatest quality. We were wonderfully surprised by the quality and variety of what they sent us. In the first box, there were 2 different types of treats, and he loved them both. They also lasted us about three weeks, so that was nice too.

Also included was also a big chew treat item, however we decided not to give it to him. We had heard it was a little messy and we have carpet in our apartment. Our first box shipped in a week and when we got it he immediately stole both toys; a hedgehog and an acorn, who are now 2 of his favorite toys. We were worried that he may tear up the toys easy or get bored with them quickly, so it was nice to see that they were made of great quality, and he still plays with them all the time.

After our first box, we were super stoked to get our next one! And it didn’t disappoint! We decided this time to only give him one toy at a time (in case he got bored, and plus it gets him excited mid-way through). While he liked the size of the first toy, it fit perfectly in his mouth, he had a hard time getting it to make noise; you have to shake the toy from side to side. He loves squeaker toys, so when he got his second toy he was beyond excited to find out there were not just one, but two!

The treats that we got this time unfortunately only lasted us 2 weeks, but that was mainly due to the company we had coming over (we have everyone give him a treat so he knows they are good people) and the fact that we had to use them as training treats when we suddenly ran out. He enjoyed both however, so he was a happy camper. Now, we are anxiously and excitingly waiting for our next box to see what wonderful surprises it has in store for us!

She talked me into ordering boxes for both Pip and Boba Fett. They were as excited as Aion when their boxes arrived.

Pip is a Maltese (small dog) so his box was slightly different than the ones for Aion and Boba. His followed the same theme as the big dogs’ boxes but had smaller toys that he could handle. Pip is also 9 years old and has some arthritis, so he doesn’t play with the toys as much, although Aion and Boba have enjoyed playing with his toys. Pip loves the treats.

Boba is a mix and he’s a larger dog like Aion. He also loves squeak toys. Now that both he and Aion have hedgehogs that look the same they usually play tug-of-war with it when Aion visits. Not only does it entertain them, it hasn’t had any seams burst or stuffing come out, so the quality is great.

If you have a four-legged friend at home, I think you’ll really enjoy BarkBox. Click this link if you’re interested in trying BarkBox. Prices range from $20 to $30 and your boxes arrive monthly.

Tell me about your four-legged buddies. I always love to hear pet stories. 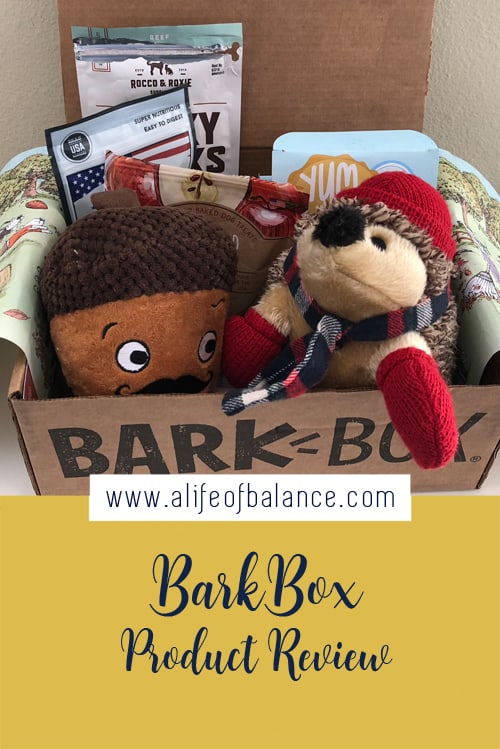 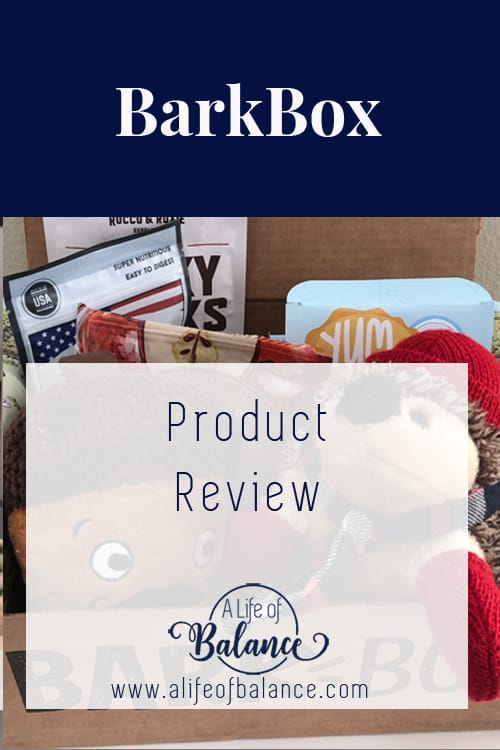 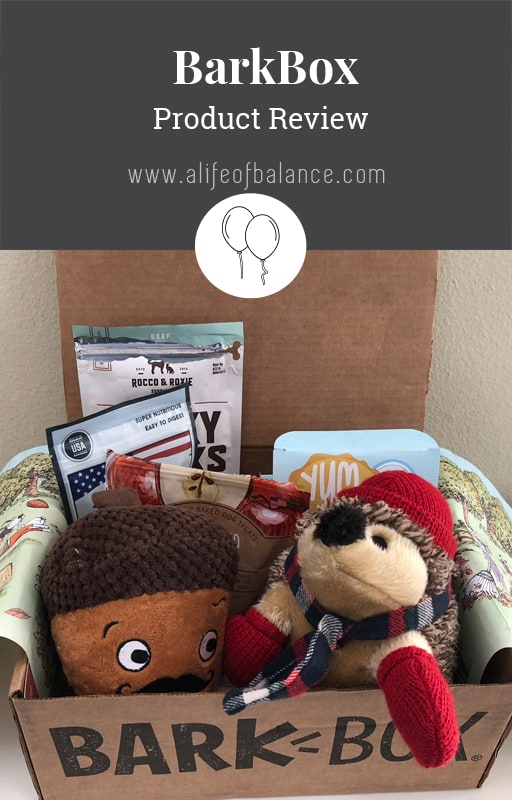 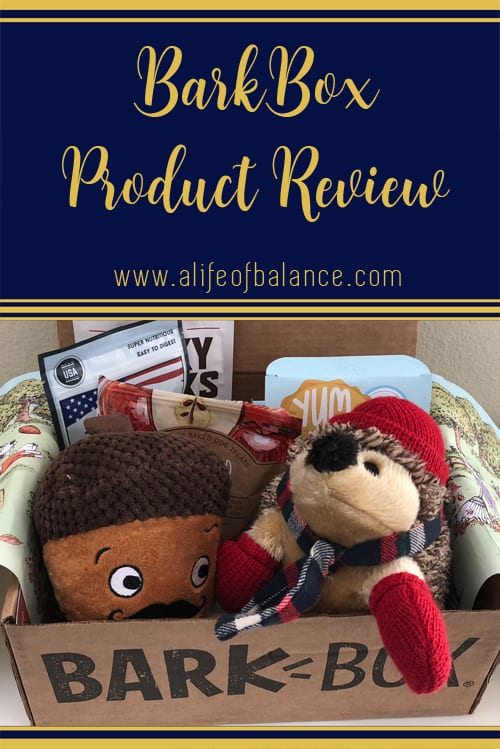 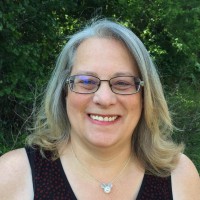 Hi, I'm Janet and I'm the person behind A Life of Balance. I have over 30 years of experience being a wife, mother, employee, and entrepreneur. In that time, I've learned a lot of things to help life run more efficiently and I'm excited to get to share them with you. Touch base with me on Facebook! 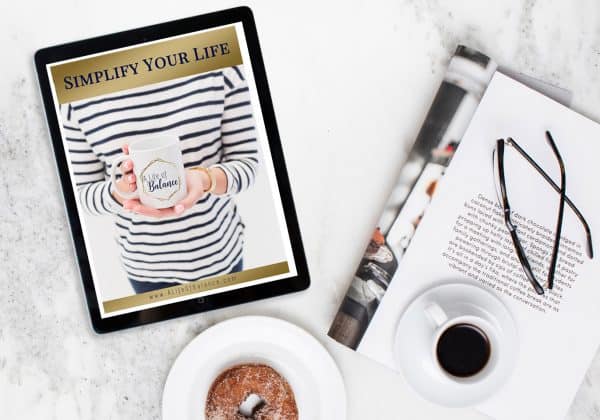 Get our free Simplify Your Life eBook

Subscribe to our newsletter for updates on all our latest product releases, sales, and some free goodies! You'll also get a free download of our Simplify Your Life eBook. 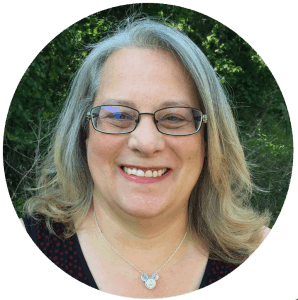 Hi, I’m Janet. I created this blog to share planning, organization and simplification ideas with people who are trying to find balance in their lives, no matter what the challenges. I want to help you get the “have to do” items done so that you can move on to the “want to do” items. I hope you find the information in this blog helpful and are able to use it to create your own Life of Balance.

Get our free Simplify Your Life eBook

Subscribe to our newsletter for updates on all our latest product releases, sales, and some free goodies! You'll also get a free download of our Simplify Your Life eBook.

1shares
We use cookies to ensure that we give you the best experience on our website. If you continue to use this site we will assume that you are happy with it.OkNo
You can revoke your consent any time using the Revoke consent button.Revoke consent