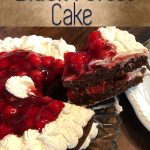 I love the look and taste of a black forest cake. I just don’t like the time it takes to make one. So, I set out to make an easy version that looked and tasted just as good, even better if I do say so myself. 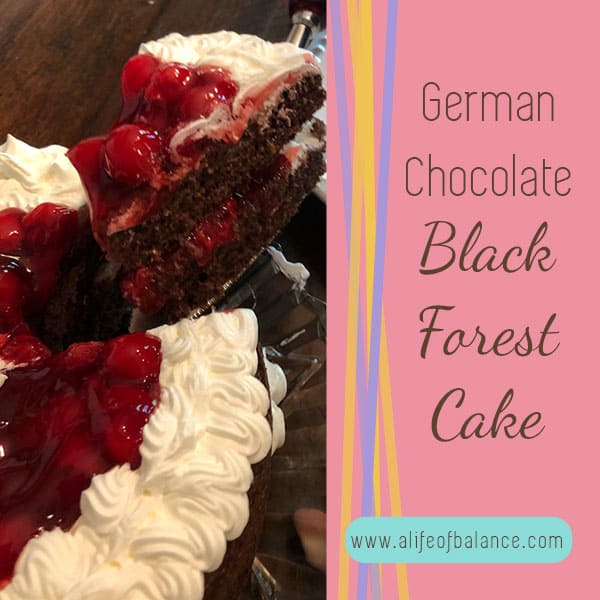 While I like the taste of an original black forest with the chocolate cake, I’m not truly a big chocolate fan. For my version, I decided to make it with a German chocolate cake so that the chocolate cake would be lighter. You’ll also notice that I don’t bake this from scratch. I’m not a cooking snob, I just enjoy it so I look for shortcuts anywhere I can find them.

It should also be noted that I purposely left the cherry liqueur out since I knew children would be eating this one. If you will be serving it to adults only, brush each layer of cake with cherry liqueur for an even deeper cherry flavor.

For this cake, first make 2 8” German chocolate cake rounds following the directions on the mix. While many black forest cakes have multiple layers, I decided to stop at just 2 layers of cake. This let’s the lighter flavor of the chocolate shine without being overpowered by the cherries.

Once the cake has cooled, slice off the dome area to make the top of each layer flat. Then put the first layer on your cake plate. Use a piping bag and tip to put a ring of Cool Whip around the edge of the layer. I’ve tried Reddi Wip but it doesn’t hold it’s shape because there is so much air in it. 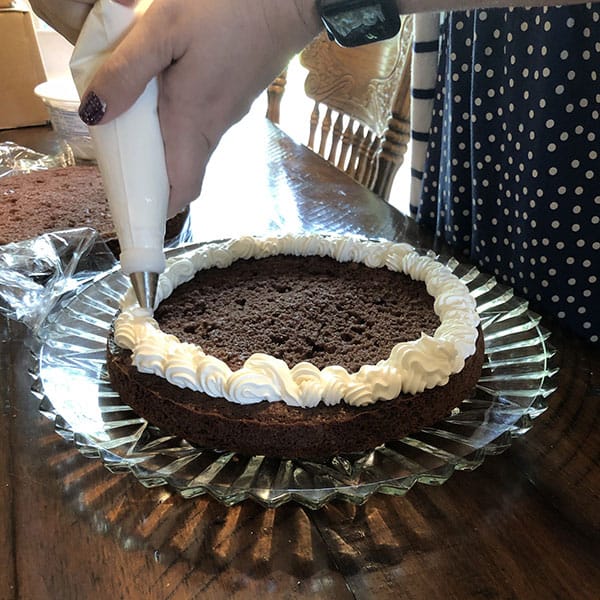 Now, add half a can of cherry pie filling in the middle and top with the 2nd layer. 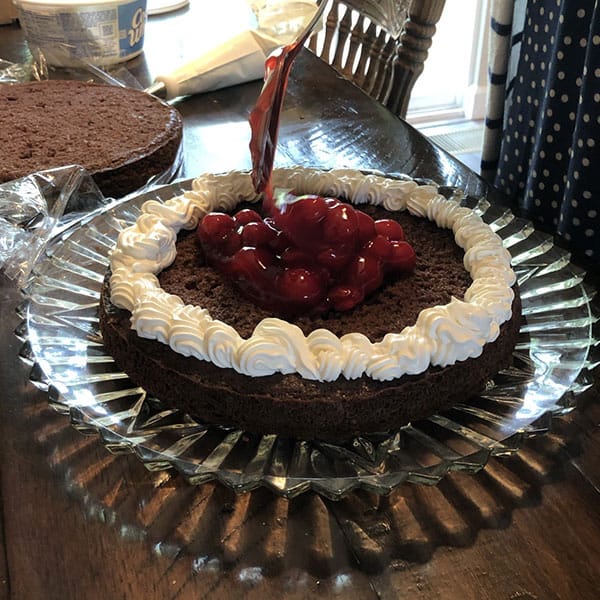 Repeat the Cool Whip and cherries on this layer and put a dollop of Cool Whip in the center for some decoration. 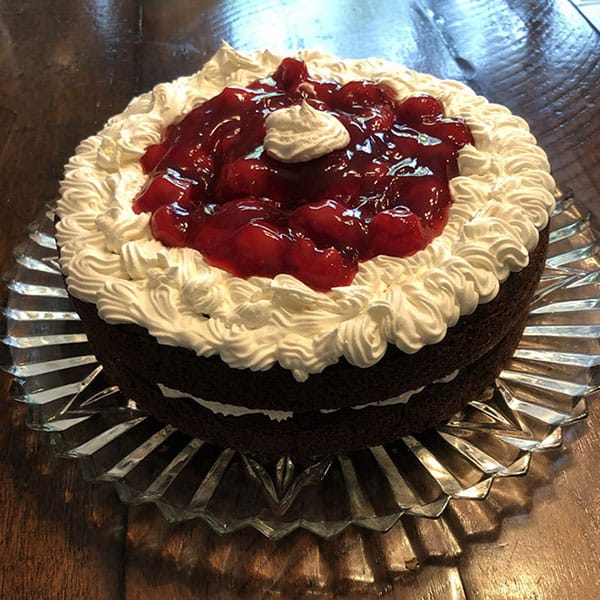 Done. Wasn’t that simple. You now have a beautiful and delicious dessert to serve at your next dinner or take to your next potluck. Trust me, you’ll get lots of rave reviews and you don’t have to tell them just how simple it was. 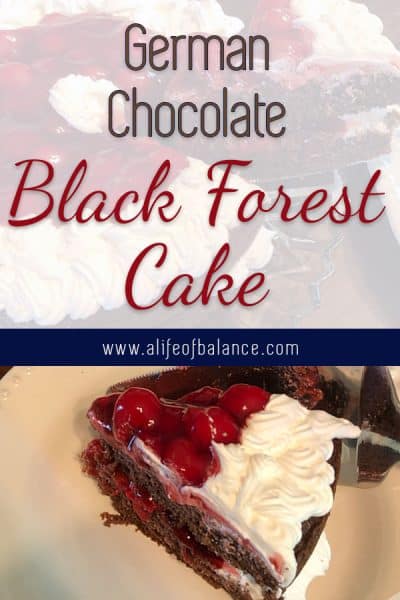 Hi, I'm Janet and I'm the person behind A Life of Balance.

I believe that anyone can create quality, long-lasting crafts and decorations to bring beauty and joy to your home.

I hope you enjoy everything we have to offer. 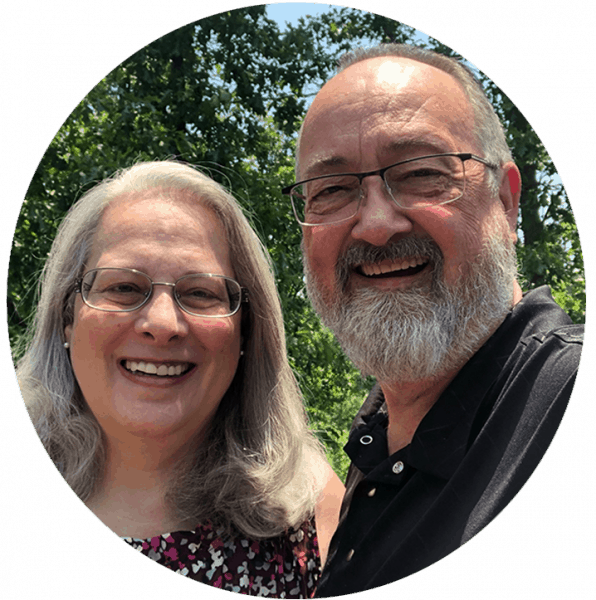 Hi, We’re Bill & Janet. We’re the creative forces behind A Life of Balance. We both spent our working lives in the IT industry so we have always needed to let our creativity out at home. That’s meant crafts, DIY projects, household maintenance, home decor, recipes, and much more. On the blog we’re sharing all of that with you so dig in and enjoy!

Get the latest in your inbox!

We use cookies to ensure that we give you the best experience on our website. If you continue to use this site we will assume that you are happy with it.OkNo
You can revoke your consent any time using the Revoke consent button.Revoke consent